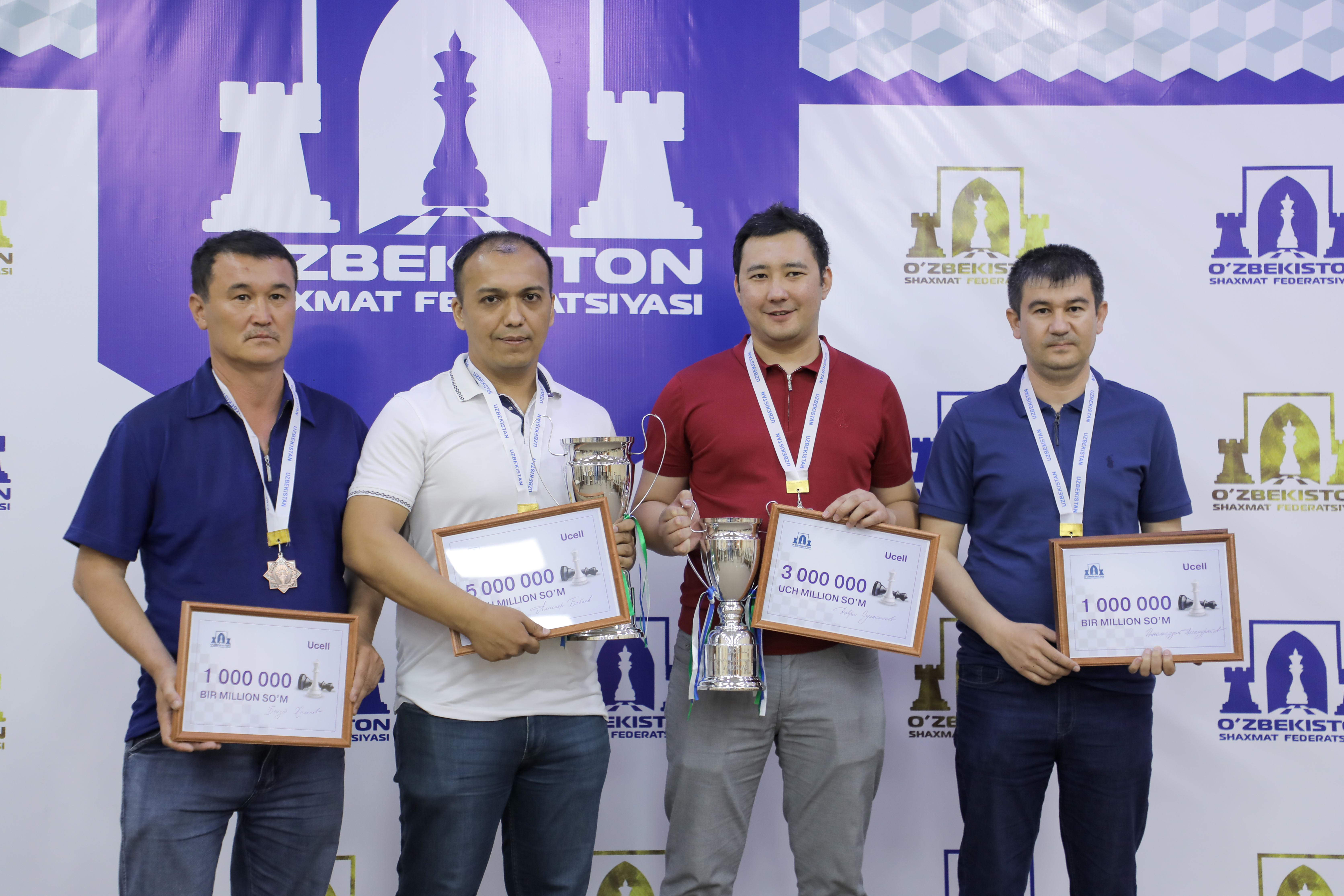 Since April, COSCOM LLC (Ucell trademark) has arranged a chess tournament among employees from all regions. Today, the final of the First Chess Tournament of the Company among employees was held on the territory of the International Chess Academy of the Republic of Uzbekistan.

In a month and a half, the qualifying games went around the whole country and were held in Samarkand, Karshi, Bukhara, Navoi, Gulistan, Jizzak, Namangan, Nukus, Kokand and Tashkent. 66 employees from all offices of the Company took part in the battles on a black-and-white field. 11 players go to the final games.
This is the first time a chess tournament held in the Company. 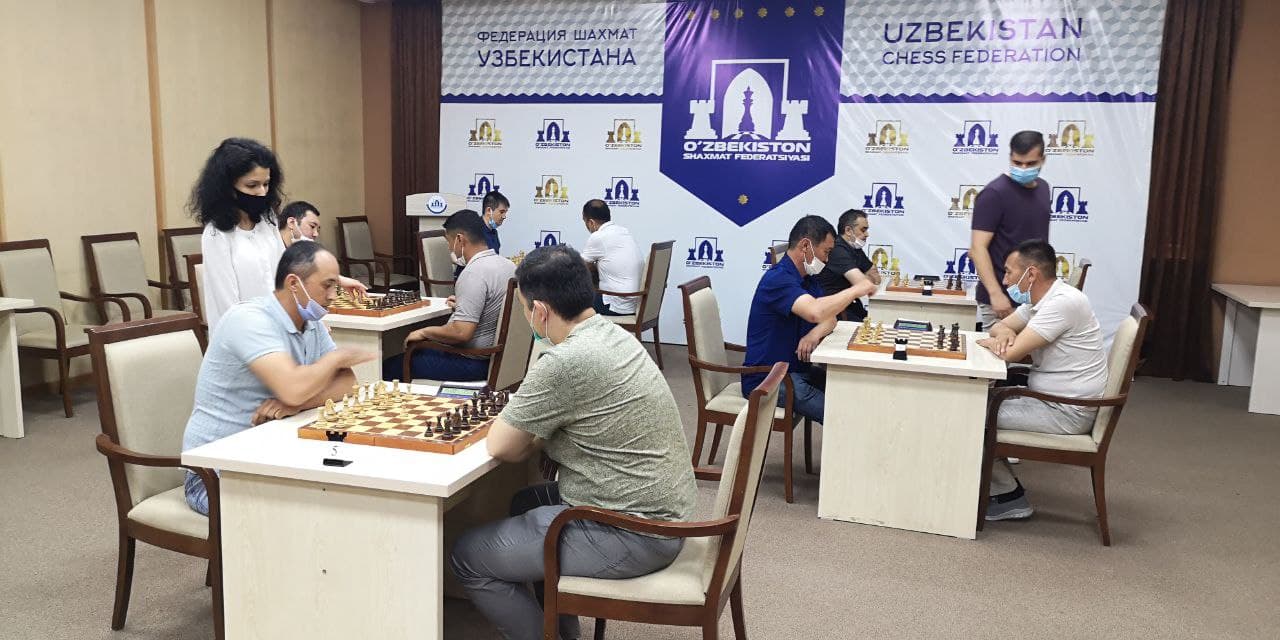 — We strive to maintain not only high performance in business, but also take care of the degree of employee satisfaction with the internal climate at Ucell Company. Last year, a large social poll was carried out within the Company, according to the results of which many employees voted in favor of stepping up the sports life in the Company. The necessity of holding chess tournaments was especially noted.
It must be said that every year the trade union committee of Ucell organizes health tourism trips, table tennis tournaments, volleyball, basketball and football matches. I myself am a big basketball fan and take part in matches with pleasure.
Now the turn has come for chess. It is kind of sport that trains memory, logic and attention. Chess is greatly respected and attentioned in the country. An example of this is the decree of the President of the Republic of Uzbekistan dated January 21, 2021 "On measures to further develop and popularize chess, as well as improve the system of training chess players."
Already at the stage of qualifying games, the tournament aroused great interest. We believe that it will certainly become a good tradition in the Company and will contribute to the popularization of chess as an intellectual sport. 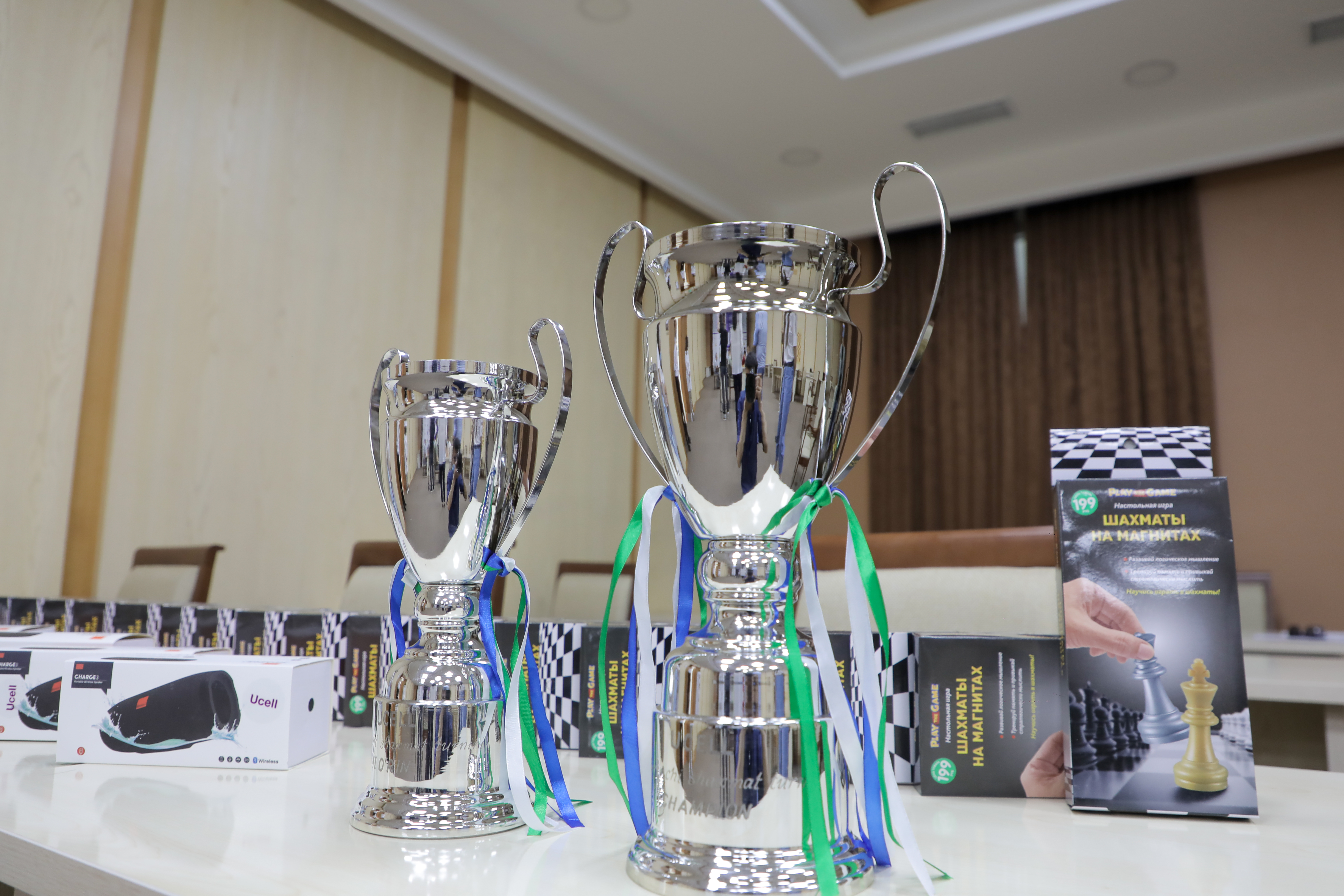 The Chess Federation of the Republic of Uzbekistan helps with the organization of competitions: from the idea of developing the regulations on the competition to the holding of the final tournament with the provision of FIDE judges.

The final of the competition was held according to the Swiss system in 5 rounds. Places were determined by the highest number of points scored. The best result was shown by Alisher Babaev, a leading specialist in the IT procurement department, in second place was Davron Sulaymanov, a leading specialist in the analytics department. Two third places were taken by Imamaddin Allamuratov, technician of the technical service group of the city of Nukus and Behzod Khalikov, operator of the business segment service department in the regions, Bukhara.

— It is a great privilege to be part of a team united by one goal. Despite the specifics of the game, during the entire tournament we continued to be a single team. Thanks a lot to the organizers. The game taught us to support each other, especially in emergency situations. Our employees have shown great resilience and will to win. It is very exciting to win the championship, it is a great honor for me. 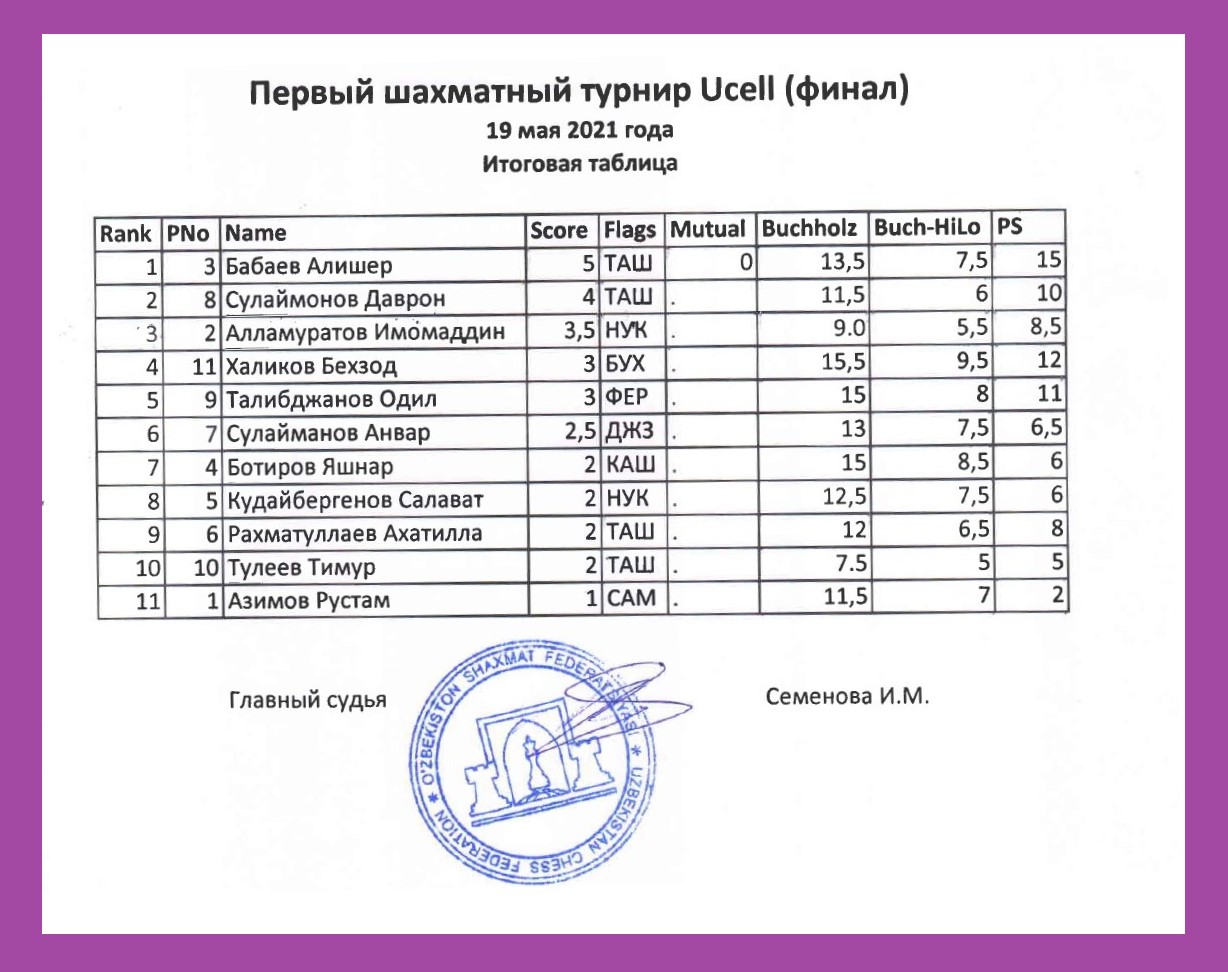 The largest cellular operator of Uzbekistan strives to ensure that with the help of modern technologies introduced by Ucell, a better quality of life is available everywhere and is useful to everyone.
Tweet