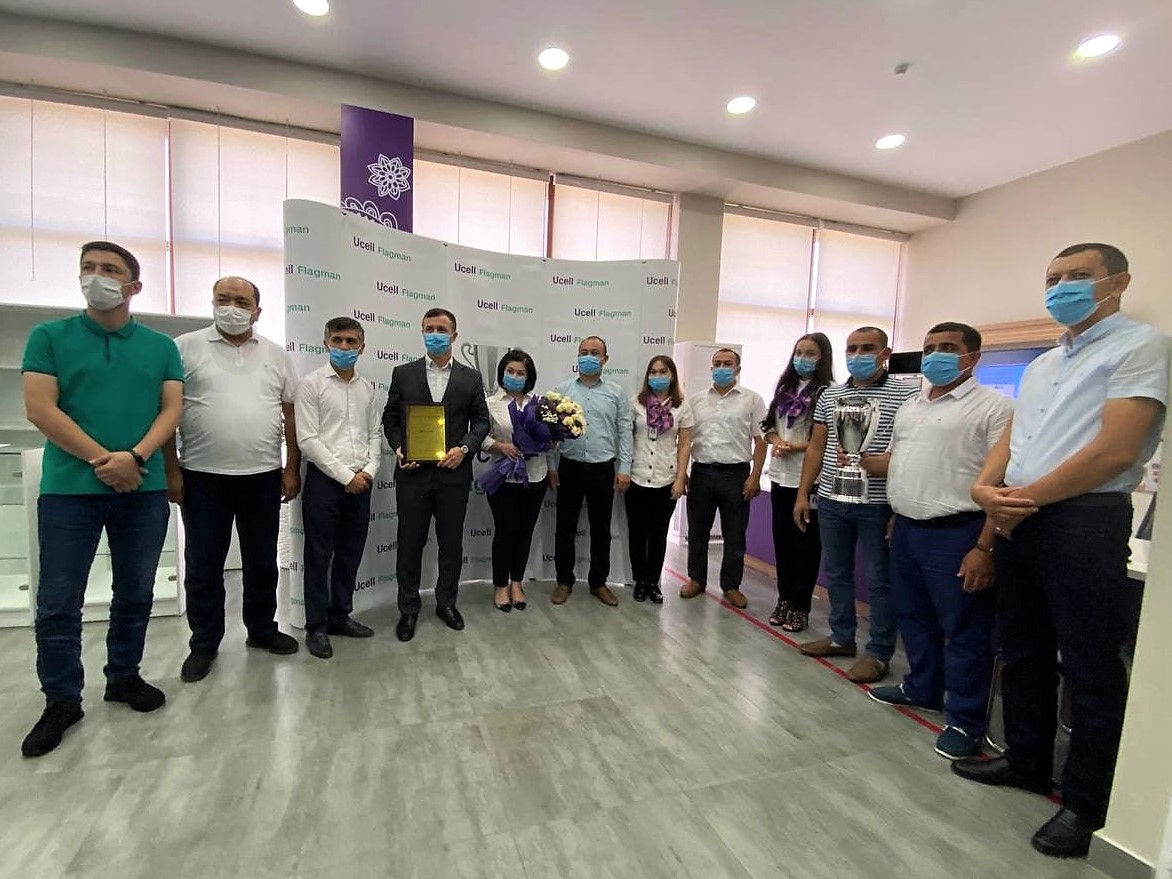 COSCOM LLC (UCELL trade mark) in May 2021 introduced the motivational program among regional offices - "Flagman". According to the results of the business indicators for July 2021, the regional department, demonstrating the best result, was the office "Ucell-Urganch".

In early May, the division from each region entered into a business competition among themselves.
The first winner was the regional office in Andijan.
In June, the Cup moved to "Ucell-Navoi".
According to the results of July, the regional office "Ucell-Urganch" was the unconditional leader.
The team-leader's employees is handed over the passing cup with the engraved name of the winner and the honorable diploma. Each employee of the department, who participated in the program received a cash remuneration.

The main goal of the program is the motivation to achieve high results. Today, the Ucell implement the significant modernization of the telecommunication infrastructure so that it meets the highest international standards.
In particular, from the beginning of 2021, 114 sites were upgraded in the Khorezm region.
On 7 sites added range 1800.
On 10 sites added 3G 2100 range.
At 65 sites are installed base stations 4G. On the rest 4G sites added additional transceivers to increase bandwidth. 4G coating is more than 80% of the towns of Khorezm region.
Maintenance of the base stations, monitoring and eliminating faults provides on daily basis. From the beginning of 2021, 248 rechargeable batteries were installed in the Khorezm region and 5 new solar stations on objects were installed.
In the region today there are 181 dealerships. 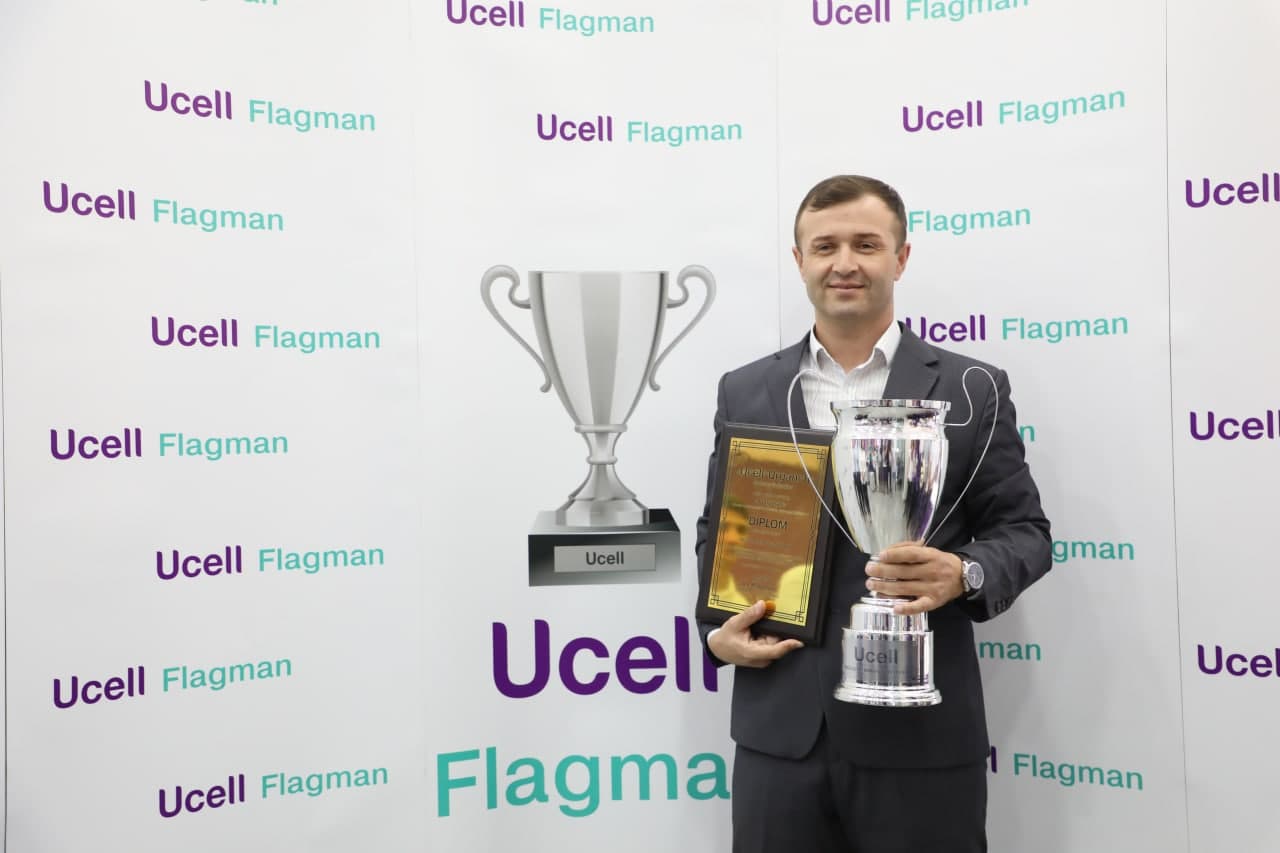 Ibrate Shikhov, Acting Regional Director "Ucell-Urganch"
In May, we joined the new motivational program "Flagman" for regional Ucell staff only. As it often happens in innovation: at first colleagues were dissatisfied with the fact that they would "strain" on the motivational program. But at the same time, many liked the fact that everyone was involved in this motivation program, not just a commercial direction.
I'll say right away: according to the results of the first month of the program, we have taken the last place among the regions. But we defined a zero point for the month: from what we will be repelled. And I am very pleased with the fact that we stopped the trend of "recession". And further, from next month, they began to break the trend towards increasing.
Each employee took over to his responsibility, certain dealers, for who he answers at the end of the month. It helps to maintain whole situation.
Each employee highlights up to an hour of his time for dealer calls. It is included in the essence of the problems of the entire region and we consolidate all of them. All employees have blood interested and is mounted in achieving the goal,
In June, the trend went up. Yes, we did not win in the motivational program in June, but we had a platform to take a leap. The mechanism has been developed: how we will do it and identify people who will do it here and now.
July results Here are in my hands.

Mukitdin Zhurayev, Director of the Department of Coordination and Control by Regions
The idea of ​​organizing business competitions between regional departments of Ucell has been a long time ago. The company's management was looking for a way to rally regional teams to solve business plans in teamwork, cohesively. The motivational program "Flagman" became the tool that helps to achieve the targets. The feature of the program is that the increase in the result is not considered from the planned indicators, but from the work that the department has done for the previous month. First of all, you must defeat yourself, monthly. Really achievable plans and goals.
A monthly leader team is determined by these criteria as:
• New connections
• Efficiency of dealers
• ARPU (Average Revenue Per User) Average revenue that the company receives from new connections
This is not a one-time share, but monthly competitions in which everyone participates.
Employees receive a cash prize that the company already name the "flagman bullet".
Healthy motivation: each employee wants to be on the place of that colleague who won in this motivational program. People are happy for colleagues and think: since one or another region won, then we can, and we should also. 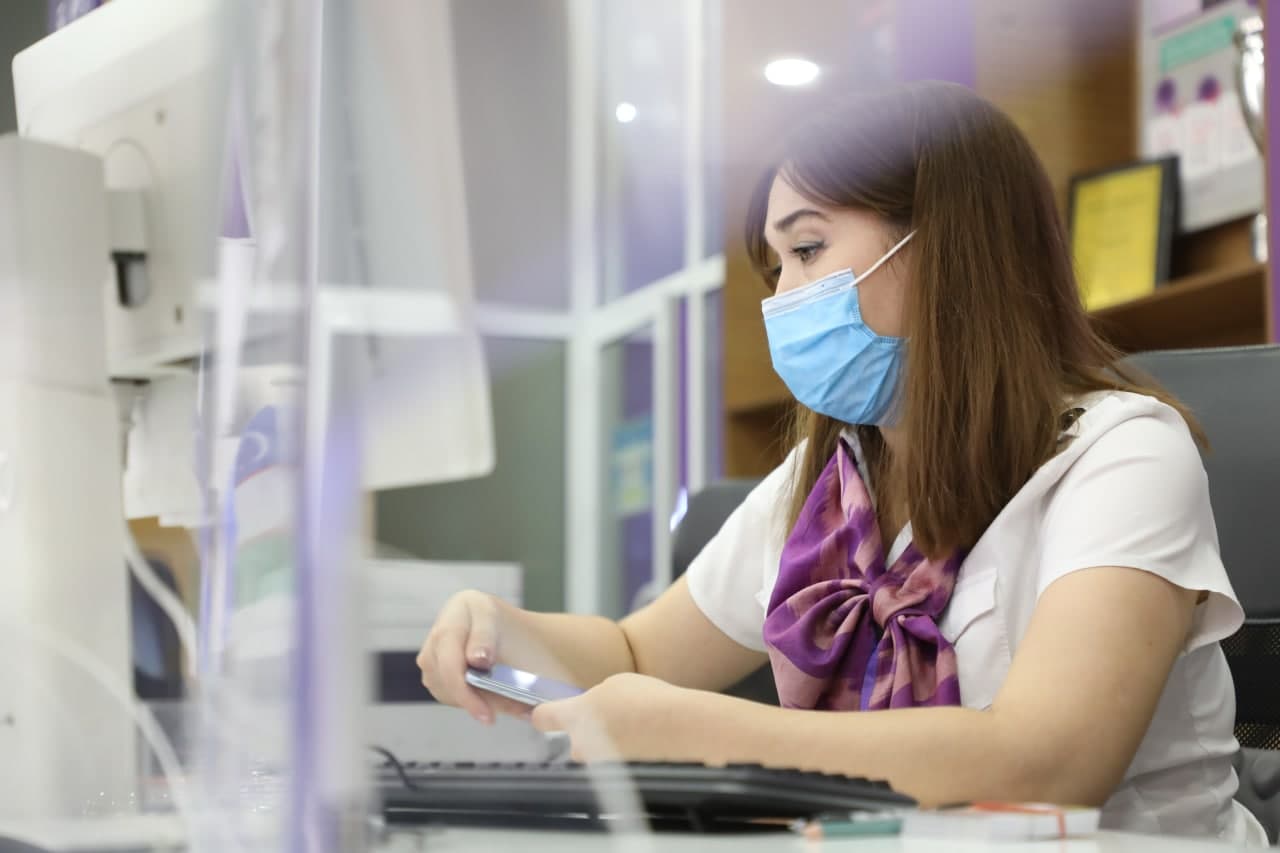