The weekly "Posтda - On the Post" publishes an interview with V. V. Kravchenko

The newspaper of the Ministry of Internal Affairs "On duty" published an interview with the General Director of "COSCOM" LLC (trademark Ucell) Vladimir Kravchenko.

Readers and the press are often interested in the question of where Vladimir Vladimirovich learned to express his thoughts so well in the state language.
In a short interview, the CEO shares his experience and says that a competent teacher and discipline helped him in many ways to master the language. According to him, every person should respect the language of the country in which he lives.

Below you can read the text of the interview in Uzbek. 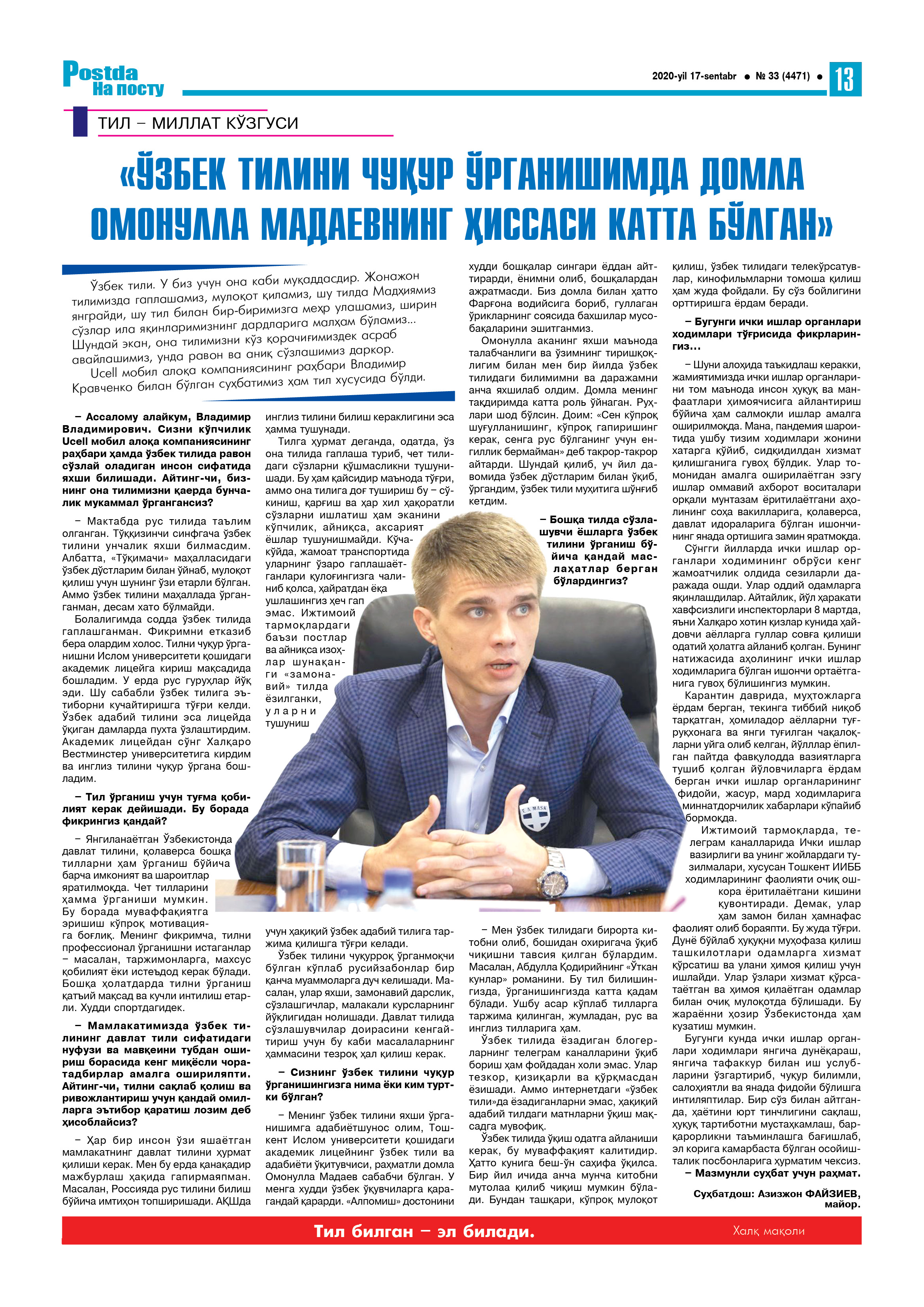