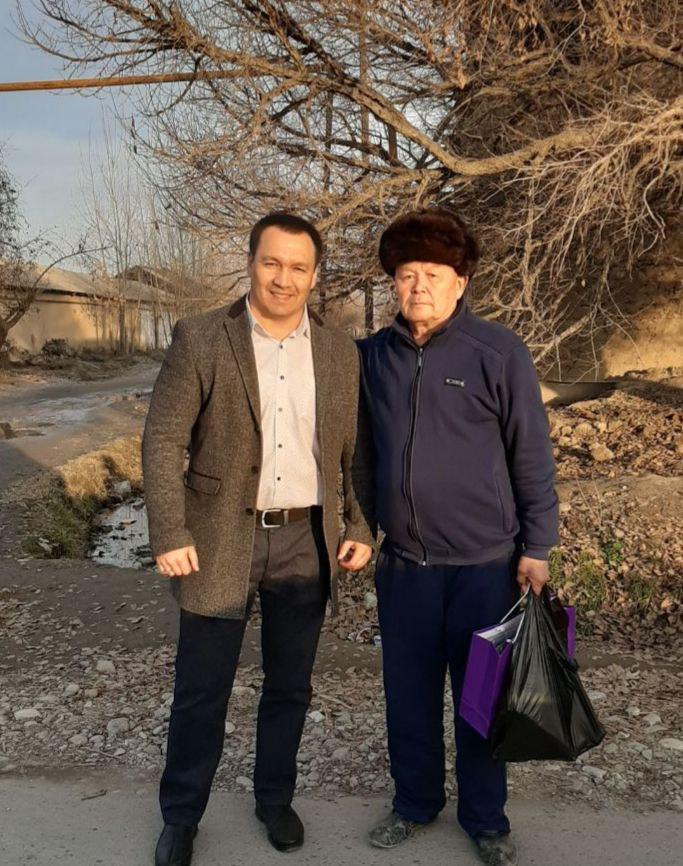 Ucell specialists were convinced in practice that it is impossible to improve the quality of the products and services provided without regular meetings with their consumers, subscribers of the Company. We strive to ensure that with Ucell the best quality of life is available everywhere, useful to everyone. For this purpose, employees of the «Ucell-Samarqand» regional office recently went to meet with a subscriber.

Uzoq aka Omonov, lives in a rural gathering of citizens "Sovgon", Urgut district, Samarkand region. Despite his respectable age, he leads an active lifestyle and  interested in news in the country and in the world. According to Omonov, the Internet connection speed in the area is low. He applies with a request to update the base stations and establish communication.

Specialists left the regional office of “Ucell-Samarkand” headed by the management to meet the subscriber.

Kamol Mukhamadiev, acting regional director of “Ucell-Samarkand”:
— According to the plan, 80% of the current equipment should be replaced by the next year. Over the past two months in October and November, we have delivered 32 new 4G base stations. Four new powerful 4G stations were installed in Samarkand, six new 4G stations in Kattakurgan. In addition, we installed 4G in Aktash and Pastdargom district, the city of Juma.
Next year, 50 new base stations are planned to be launched; documentation for the installation of 25 of them is already waiting for approval.

Following the meeting, the Urgut district was included in the list of problem areas. The subscriber thanked the Ucell employees for maintaining openness and flexibility in their work. Corporate gifts were presented as a souvenir from the meeting.

Today, the number of active Ucell users in the Samarkand region exceeds one million people. To ensure uninterrupted communication and operational services in the region, there are 227 dealer points, 60 of which are mono-offices. There are 48 employees in the regional office.