Company newsPress-officeUcell. Base station at 2850 meters

Ucell. Base station at 2850 meters 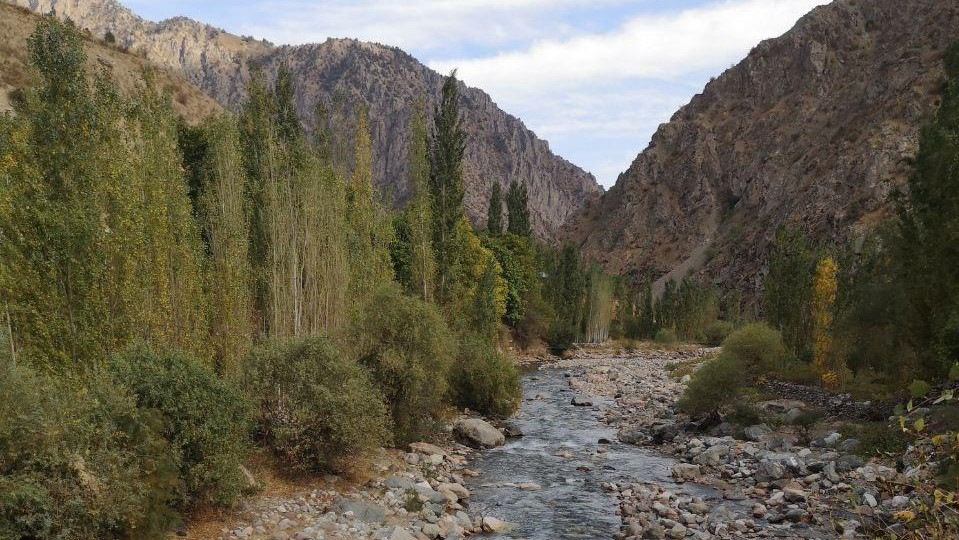 Surkhandarya region is known for the fact that a significant number of settlements are located in remote mountainous areas. Moreover, many of these villages are real ethnographic pearls of multinational Uzbekistan and are famous all over the world.

Over the past three or four years, a modern telecommunication infrastructure has been steadily developing in several dozen settlements located in the border mountainous regions, including the Sariasiysk region.

The head office of “COSCOM” LLC (Ucell trademark) receives daily requests from various regions of the country. And every day a team of specialists of Ucell Company processes data and sends it to regional offices so that all problems can be found promptly. To this end, Ucell managers and specialists regularly travel to various parts of Uzbekistan to meet with subscribers in order to find out and solve problems of cellular communication in the field.
In October 2019, the Company received an appeal from the rural gathering of citizens "Bogcha" of the Sariasi district of the Surkhandarya region. The Mahalla Territory Committee on behalf of all residents asked to improve the quality of cellular communications and the Internet. 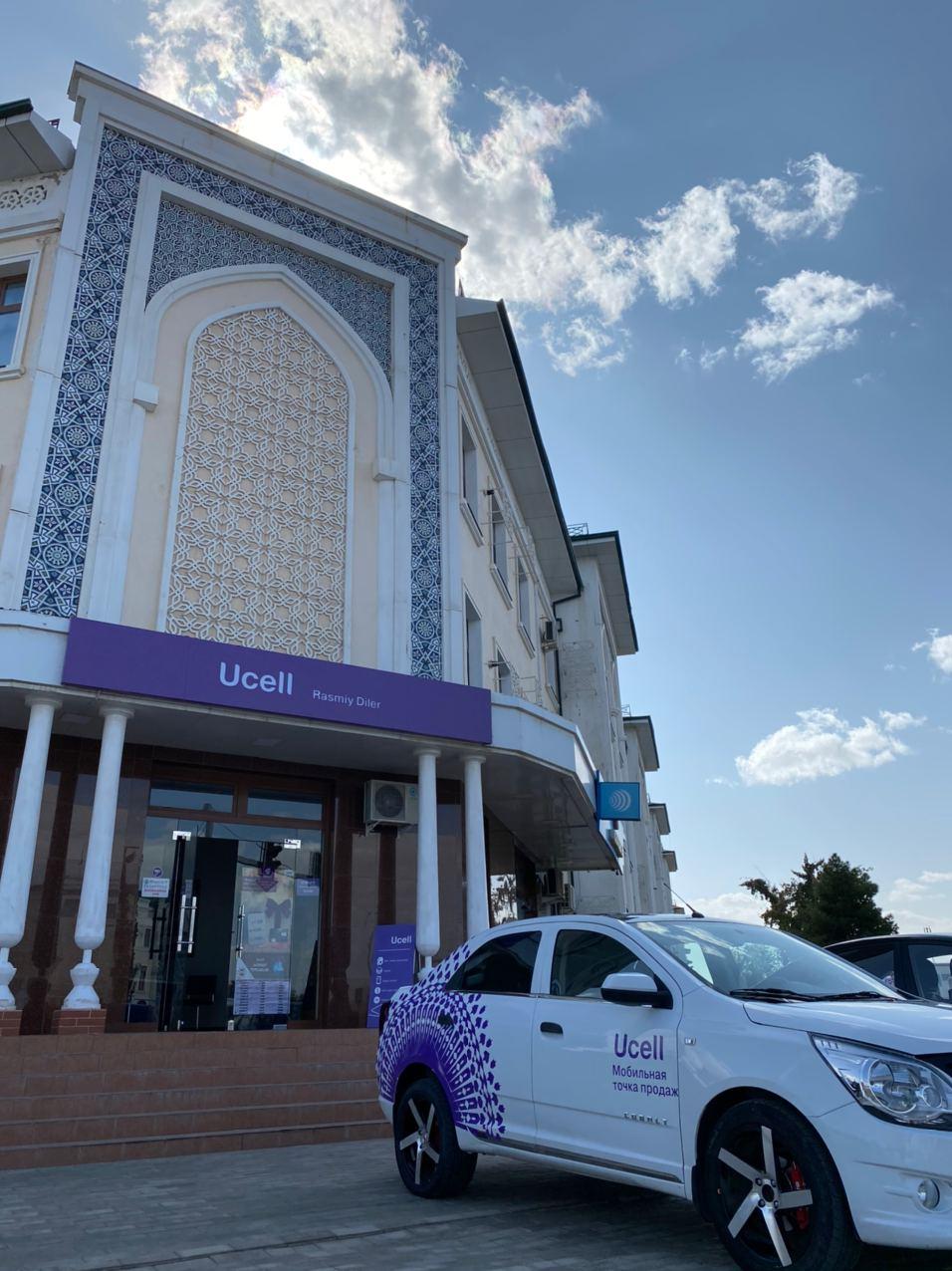 In all countries, the creation of a modern telecommunication infrastructure in hard-to-reach areas is rightfully considered a very difficult process. On some hills the component parts can only be lifted by helicopter. Or ... on a hardworking donkey.
There are also economic calculations: business, as a rule, expects to return the money invested as soon as possible. Not always and not for everyone, social responsibility outweighs thoughts of profit.

To resolve the issue, acting regional director of "Ucell-Termiz" Bobur Khasanov, Alexander Muchkaev, head of the network development department and specialists of the technical department arrived from Tashkent.
In the foothills, valleys and most of the passes, communication is difficult. The main problem for signal transmission is primarily the difficult terrain. Therefore, before installing the base station, detailed research work was carried out.

Technicians not only came to the conclusion that it was necessary to install a 4G base station, but also found the ideal place to install it at an altitude of 2850 meters, right above the village gathering of citizens "Bogcha". The residents of the village were informed: the base station will be installed, communication will be restored.
This soon happened. They gave their word and kept it. 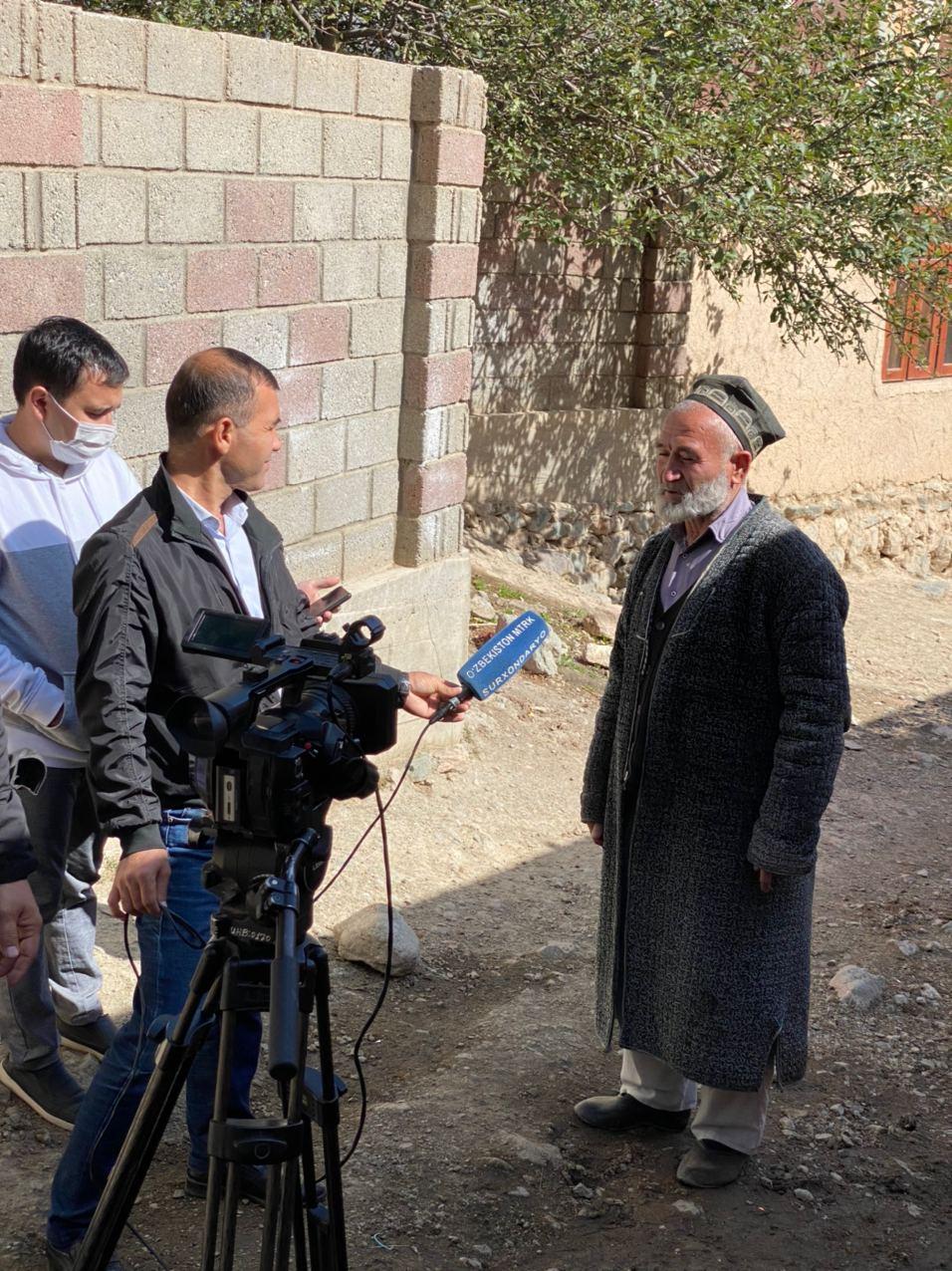 Kamoliddin Nuraliev, director of school No. 44 of the Sariasi district of the Surkhandarya region:
- Since the day when the Ucell antenna was installed on the hill next to the school, communication has improved a lot. For this, each of the 136 students of the school is grateful to the company's specialists. In particular, it helped the teachers a lot when conducting online classes during the quarantine period. Eased the task and the introduction of modern technologies that contribute to increasing the speed of the Internet. This is felt when exchanging information with the district center online. Previously, in order to "deliver" information, we had to cover 90 km. Now the transfer of information is a matter of a few clicks.

Orzubek Kodirov, chief specialist of the technical service group "Ucell-Termiz":
- The 2G and 4G communication stations installed in the village of Bogcha show a high quality of work, especially the Internet. For example, the maximum speed of the Internet with 4G reaches 50 Mb / s. This means that you can safely conduct classes online. 2G quite satisfies the needs of the population in voice communications.
We are planning to continue to provide mountain and foothill settlements with high-quality communications and high-speed Internet. 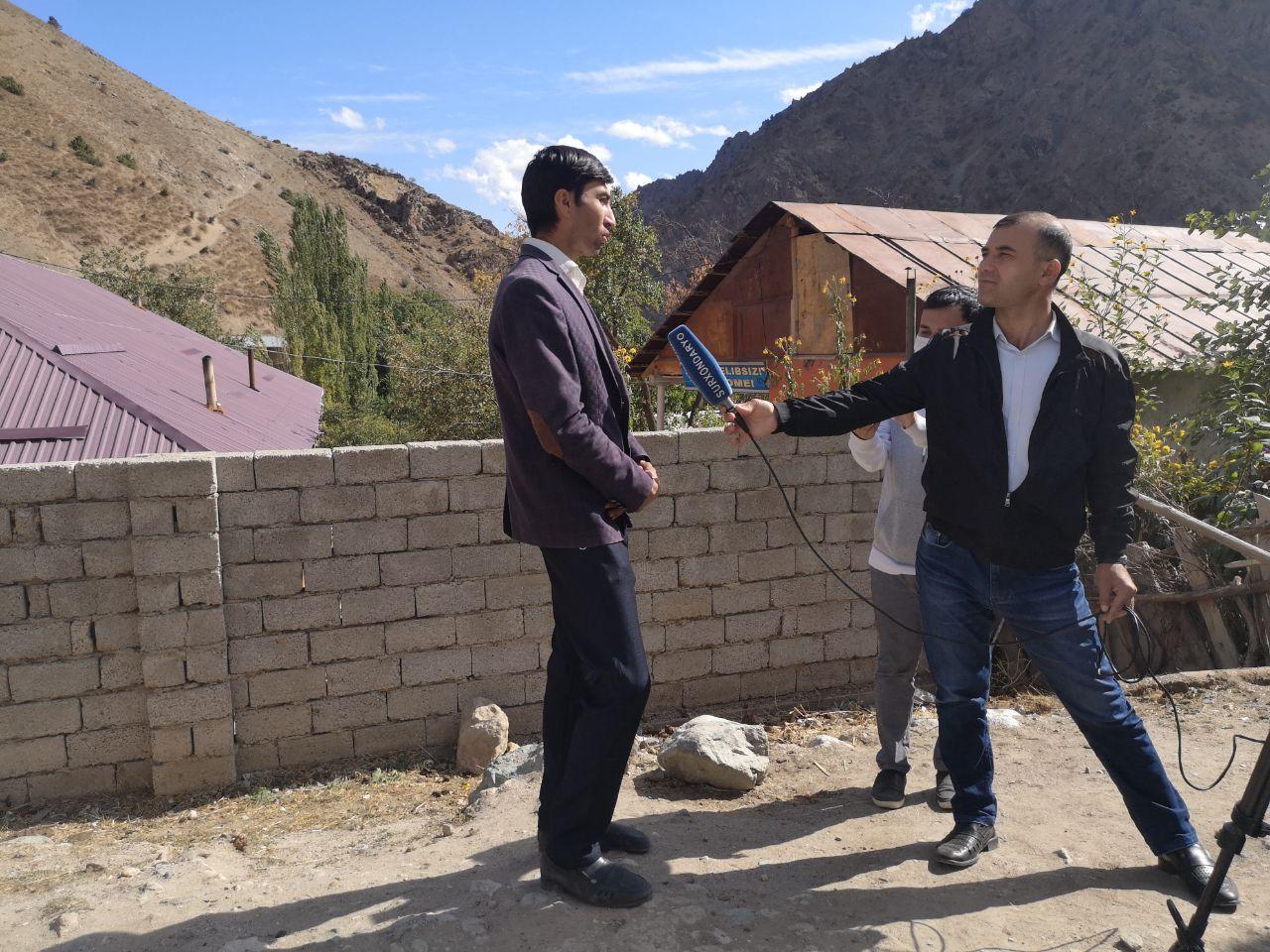 Allamurod Bekov, honorary teacher on retiree:
- Our village arose many centuries ago on a once busy road. Now we are on the outskirts of the Sariasi region, 90 km from the regional center. Improved communications made life easier for 70 households, 114 families, 584 people. Frankly speaking, earlier, due to the lack of communication, it was impossible to call an ambulance on time. Now, in order not to jinx it, the quality of the connection is excellent, the Internet also works very well. All teachers and students, all the population of our village express their gratitude to the operator Ucell. And the road is being rebuilt and life around in a year or two will boil. Ucell company simply outstripped everyone. Come to us in Bogcha for apples. There is no such thing anywhere else in the world. 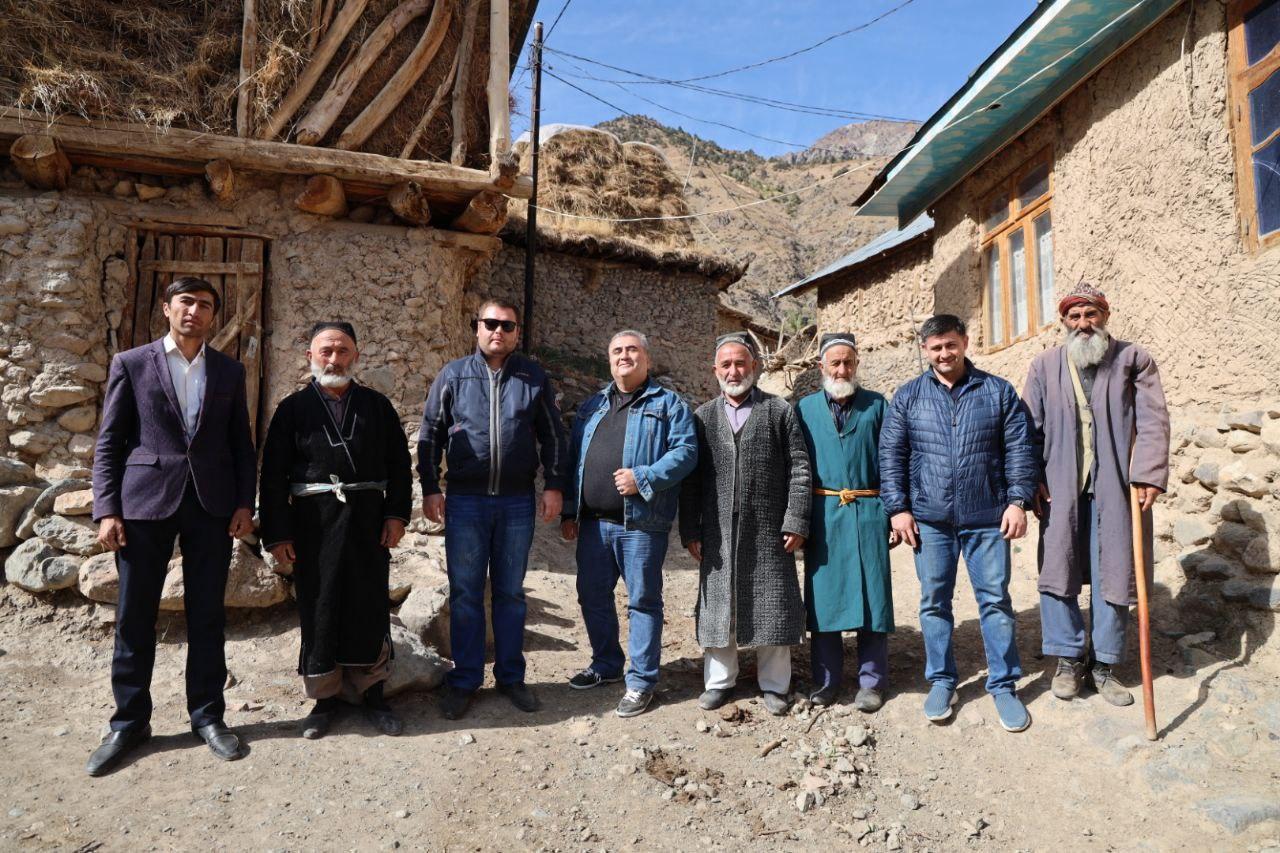 Now in the mountainous village of Bogcha, which in winter, during especially heavy snowfalls, is temporarily cut off from the world, there is a high-quality mobile connection and high-speed Internet.
It will not be superfluous to note the fact that, thanks to the 4G base station under the clouds, today only mobile communication of the Ucell cellular operator operates in the vicinity.
All in all, there are 330 thousand Ucell subscribers in Surkhandarya region, for which 129 points of sale are organized, maximally focused on the high-quality implementation of the Company's services.