Company newsPress-officeThe best hashar is to plant the trees together

The best hashar is to plant the trees together 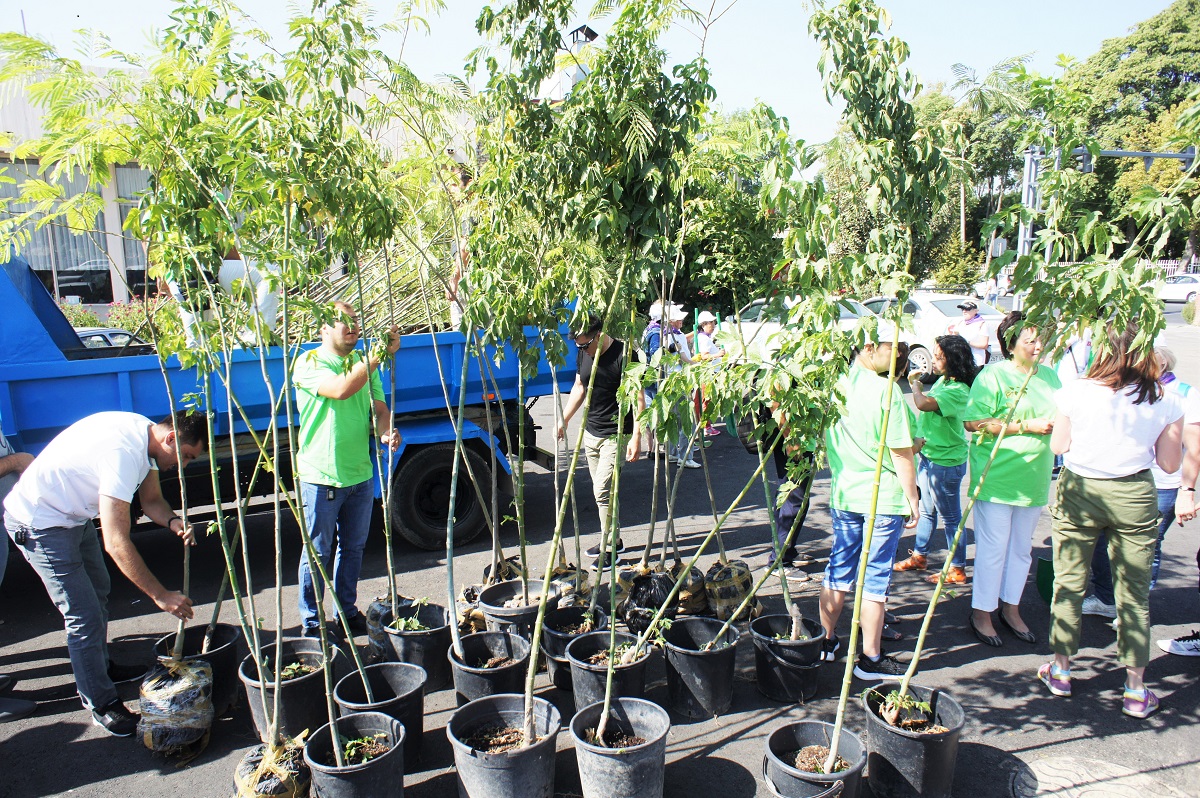 The employees of “COSCOM” LLC (TM UCELL) on the day of national hashar took part in the first voluntary public campaign named “Green city” tree planting organized based on the initiative of “Uzbekistan Association of landscape art”. As the result of involved citizens’ teamwork of all ages under the leadership of specialists – agro technicians, Tashkent became richer with 105 trees – 65 silk trees and 40 maples.

Tatyana Yugay, Group Administrator of “Landscape gardening in Uzbekistan”.
- The first step is not hardest. Never once! The best people of the city came who found time in fact rather than in words and to make Tashkent better. It is so cool to realize that we may change the reality. They came really - cool, active, cheerful and hardworking. People with their families came to plant the trees. For five hours of team working, we had donated a shady alley of 1500 meters for citizens and ourselves. Only during five hours.

We should mention that “Uzbekistan Association of landscape art” had done great preparatory work. The whole group of people had been preparing garden supplies: round – pointed and square – faced shovel, mattocks and hacks, pickers and buckets for water. They had also brought rice husk to add into the soil mixture just to prevent from firming the ground from vibration of nearby traffic stream. There was also crushed tree bark.
On this day, we had learnt a lot. For planting the trees competently, a hole takes up to one bag of rice husk. Then the top of the hole is coated with the chips and bark. 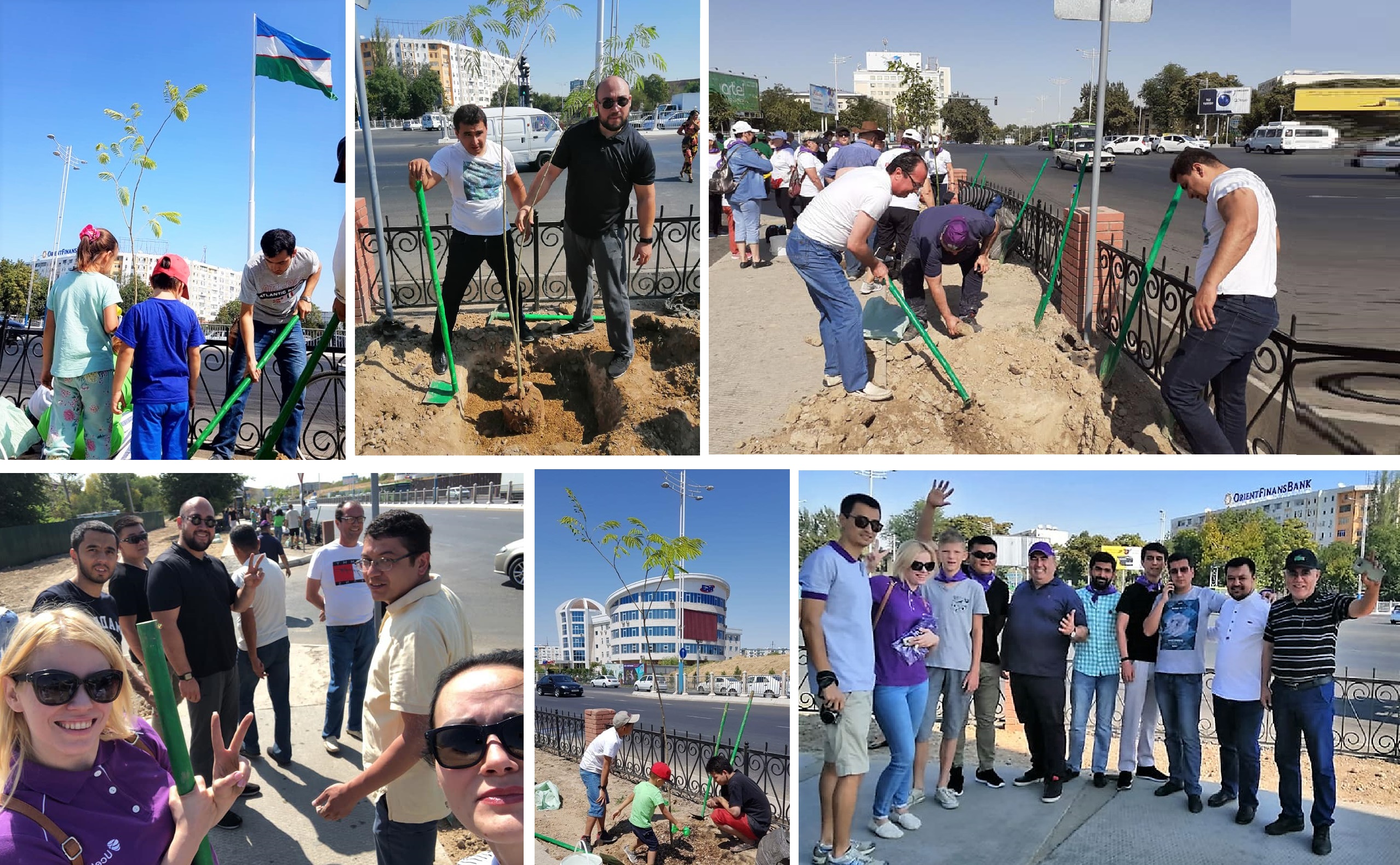 The campaign was public and anyone who wished, could come and participate in it.
The campaign was free but if anyone wished, they could support the organizing persons at places financially. There was an accountant, a seal and payment receipts. Everything was transparent and legal.
The ground had hard surface and digging by hand was very hard. For this reason, we used a small digging machine “Volvo”. This machine really helped us to dig the large holes that in result it ensured rich soil mixture. If we say the truth, we had time to dig several rows before coming the technical facilities.
Agro technician of the District promised us to ensure regular watering of “our trees”.

Now there are 105 more trees in the city.
Someone may say “And so what?”
I can answer.
Yesterday we did not have them.
Today there are.
Approximately, on September 7 in Sergeli area along the constructing metropolitan line we will support in plating of 1000 Oriental plane trees. These trees should be planted after the first leaf fall.
You may also come. 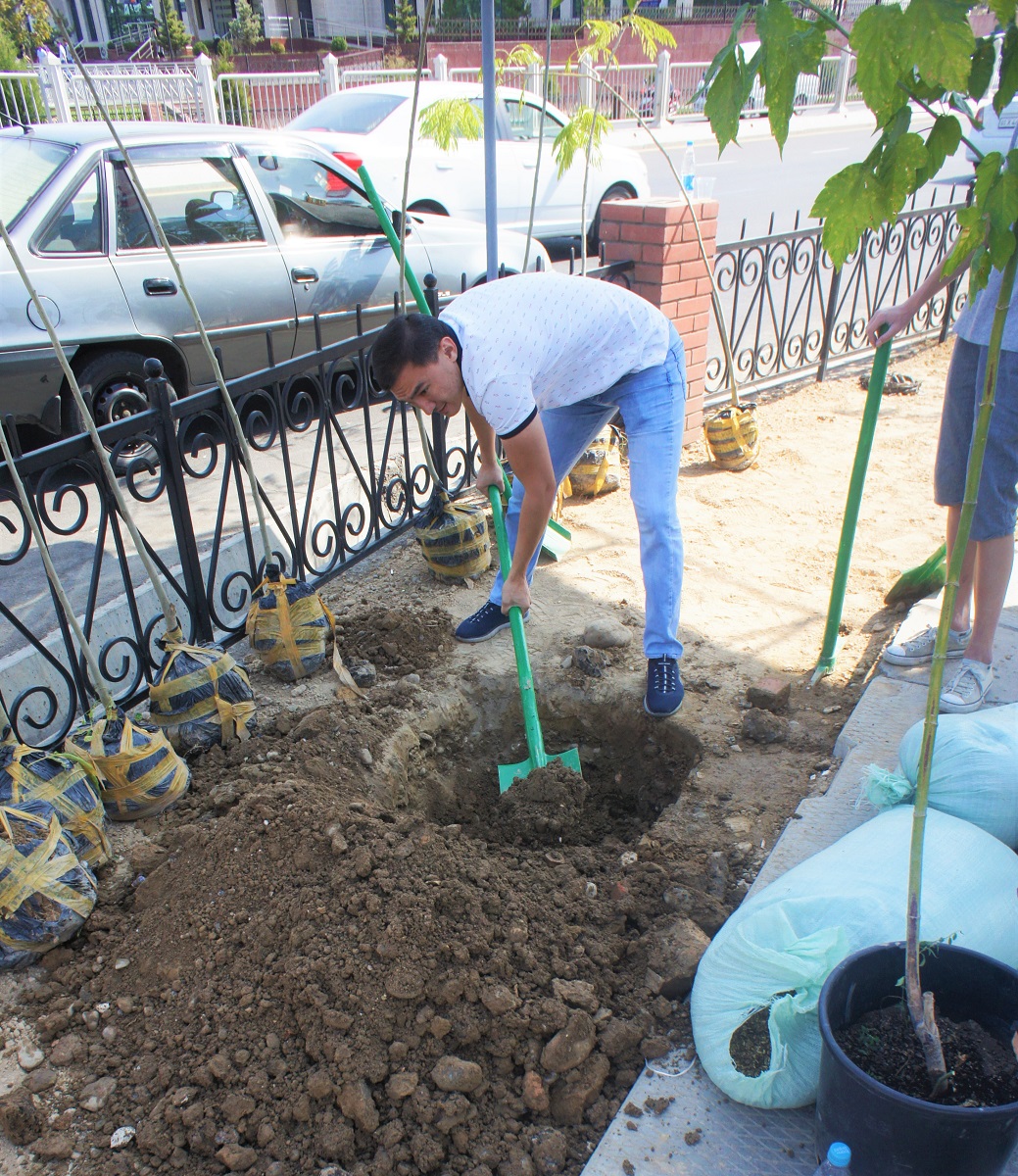