Ucell-Farg'ona regional branch is the best in 2nd quarter

At the beginning of the year, a presidential decree significantly improved the business environment for mobile operators. The document, for the adoption of which the Ministry of Development of Information Technologies and Communications of the Republic of Uzbekistan worked hard, provides support for the activities of telecom companies to expand infrastructure, in particular, equipment, software, materials and spare parts imported by telecom operators and for the development of communication infrastructure in Uzbekistan were exempted from duties.
Due to this, UceIl has deployed a long-term program for the construction of new base stations and modernization of existing ones in all regions of the country.
Significant work on providing quality mobile communications is carried out in the three provinces of the Fergana Valley. For example, in Fergana region, because of the coordinated work of the whole team of "Ucell-Farg'ona" regional branch the new base stations were modernized and constructed in Rishtan, Buvayda, Besharik, Furkat, Margilan, Tashlak, Kokand, Ferghana, Altyaryk, Sukh, Sarikand, Oltiarik, Kushtepa, Baghdad, Dangar, Kuva, Uzbekistan, Uchkuprik districts. New tariff plans were offered to subscribers.
All this helped "Ucell-Farg'ona" to win confidently in the second quarter of the motivational program "Flagman" - competition between regional branches of the Company. 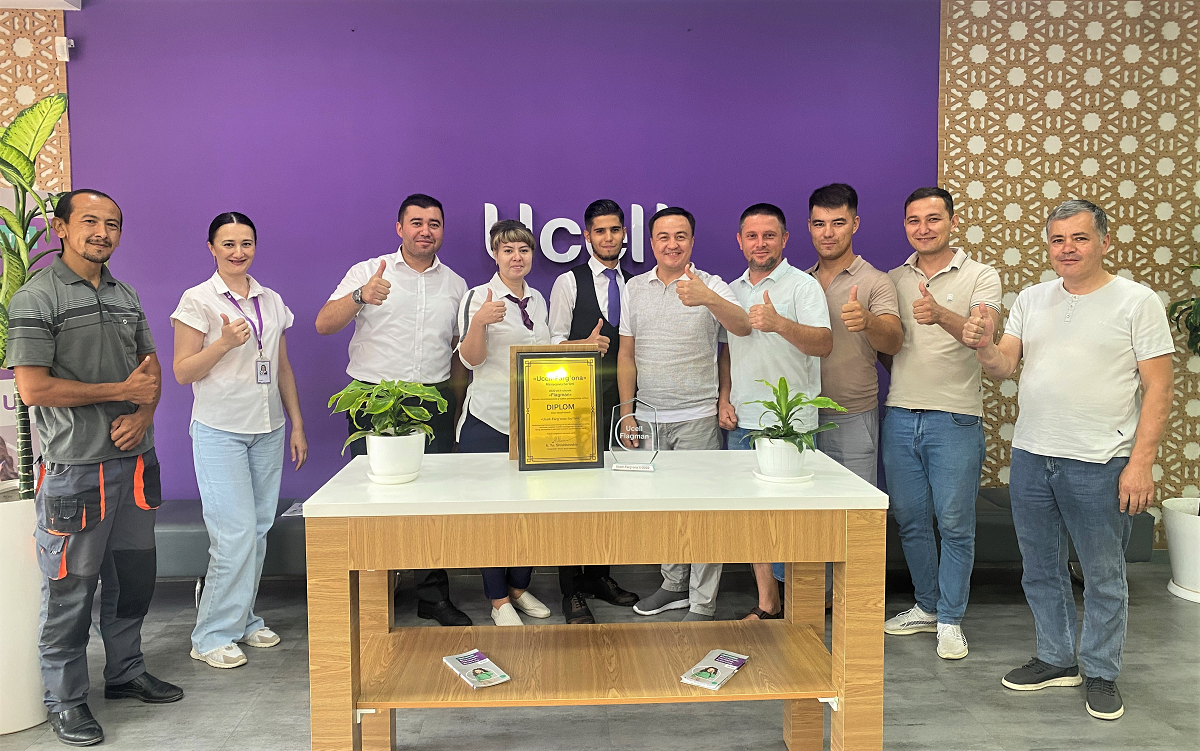 The winners were given a memorable prize, an honorary diploma, and a cash award. As the department employees said, "The cash prize is good, but the idea of the competition, these months of work to win, is also very cool!"

"The victory in the race of motivational program is the merit of each employee of Ucell-Farg'ona. Since autumn of the last year a lot of work has been done on network modernization in the region. During the second quarter dozens of base stations were built and put on air in Ferghana region that affected quality of communication and growth of subscriber base. The coordinated work of sales representatives, logisticians, front office operators and all employees gave fruit. Since May the main priority was to increase connections. Each employee understood the direction in which we were moving and what we were striving for. With such team we will achieve more", - told Sanjar Umarov, director of regional branch of "Ucell-Farg'ona".
Tweet