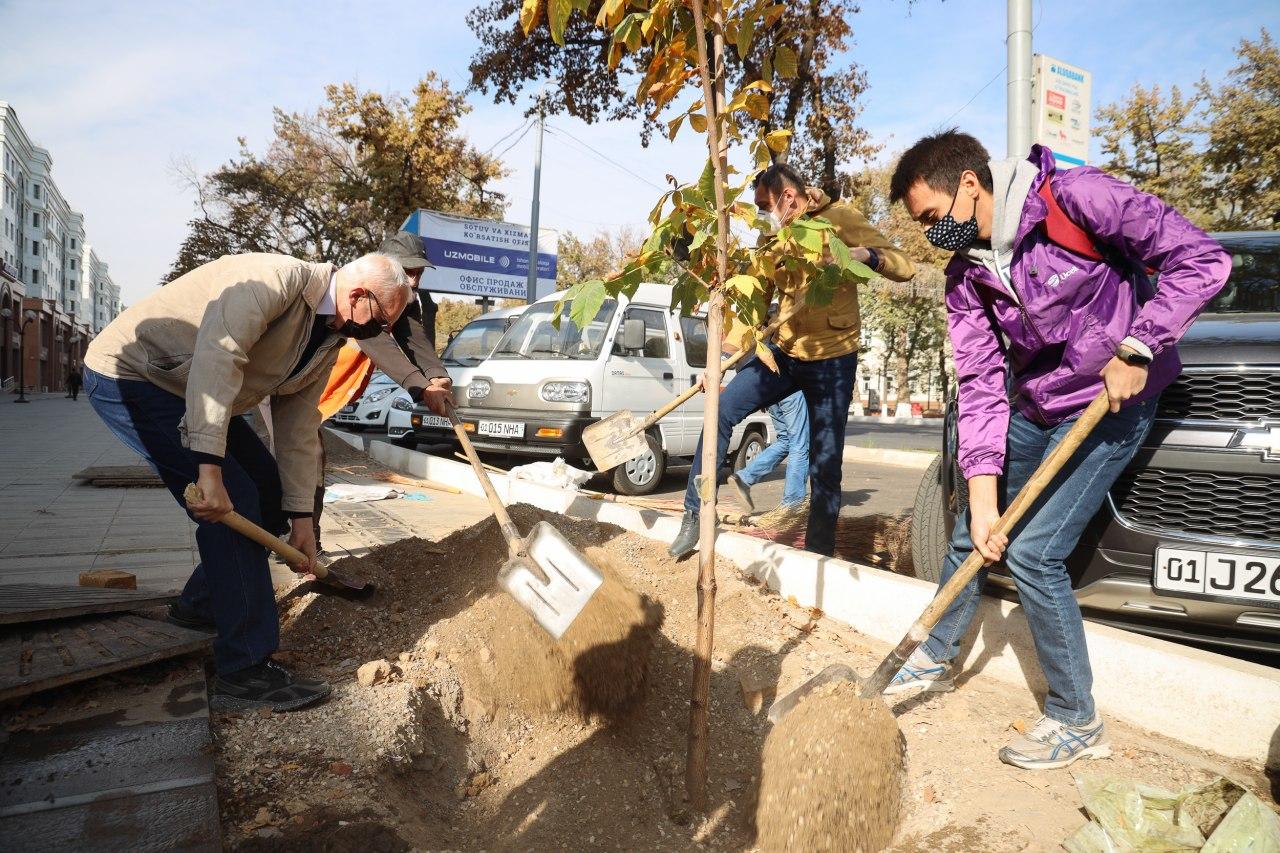 The campaign was a logical continuation of the work started in August 2019, by participating in the planting of trees on Mahtumkuli Street. Since then, Ucell volunteers have participated in the planting of five park zones in Tashkent, planting 615 saplings: plane tree, maples, Lenkeran acacia, Pavlovny and lilacs. With the assistance of the khokimiyat of Sergeli district of Tashkent, the territory of Tashkent International Airport named after Islam Karimov was improved and the "Victoria Square" in a new neighborhood of the Sergeli was laid out. Within these two events, the participants planted 80 plane trees of 3-4 years old. 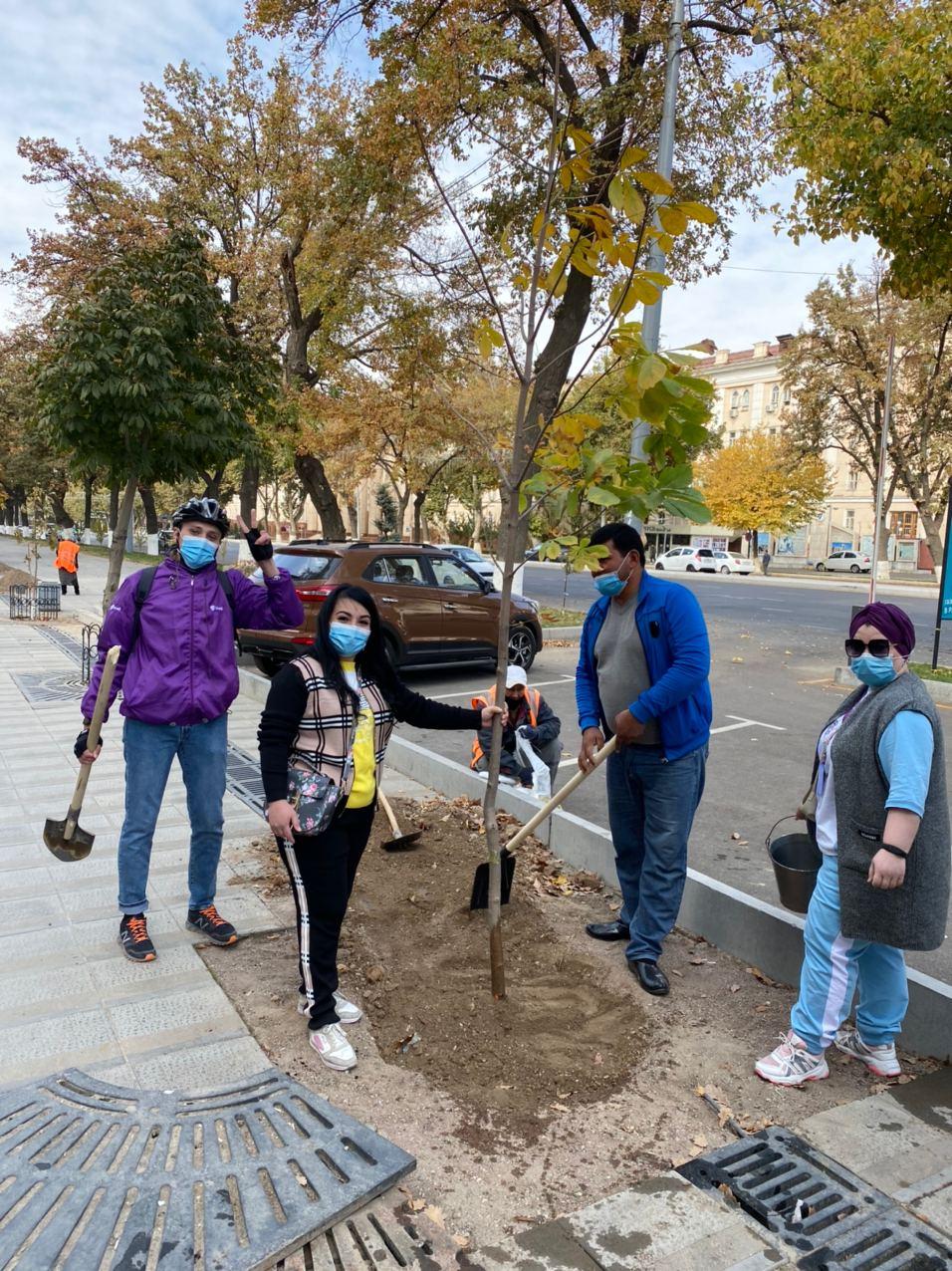 This year Ucell volunteers managed to plant lilacs alley in Tashkent and plant crape myrtle and Spanish brooms in Karshi and Navoi cities before quarantine was announced in spring. The plantings area is expanding. The next environmental campaign was held in Surkhandarya region. From September 29 to October 1, Ucell employees planted 1200 saplings of chestnut on the main streets of Termez, in the park of the Palace of Arts and on the embankment of Amudarya with the support of the khokimiyat of Termez and the city improvement department.

"Chestnut this year is not chosen by chance. Specialists in landscape design note that it is well tolerated with urban environment, purifies the air from sulfuric gases and traps dust. It is especially good in planting wide city and park alleys and boulevards. And, of course, its resistance to smoke and gases makes it a welcome guest in landscaping plants, industrial zones, energy facilities and others," said Bakhtiyor Nasimov, head of Ucell's Public Relations Department.

In September, during the TV program "Shahar oqshomi" ("City Night") of UzReport TV channel, dedicated to the history of Navoi Avenue, the creators of the program had the idea to replenish with saplings those places on Navoi Avenue, where for various reasons the trees did not take root.
Thus, in a live TV program Bakhtiyor Nasimov and the head of the press service of the Tashkent khokimiyat Furkat Mahmudhodzhaev agreed to conduct a joint environmental initiative.
"We didn't hesitate to help Ucell in this good campaign.  Tree planting is an event that we will always support. It not only forms the image of the city, giving it a healthy, green look, but also benefits residents. Today we have planted here 36 chestnut trees provided by the company", - noted Furkat Mahmudhodjaev.

The campaign, held in October 24, 2020 at Navoi Avenue, was attended by employees of the capital's khokimiyat, City Improvement Department and Ucell, as well as the representatives of the mass media. 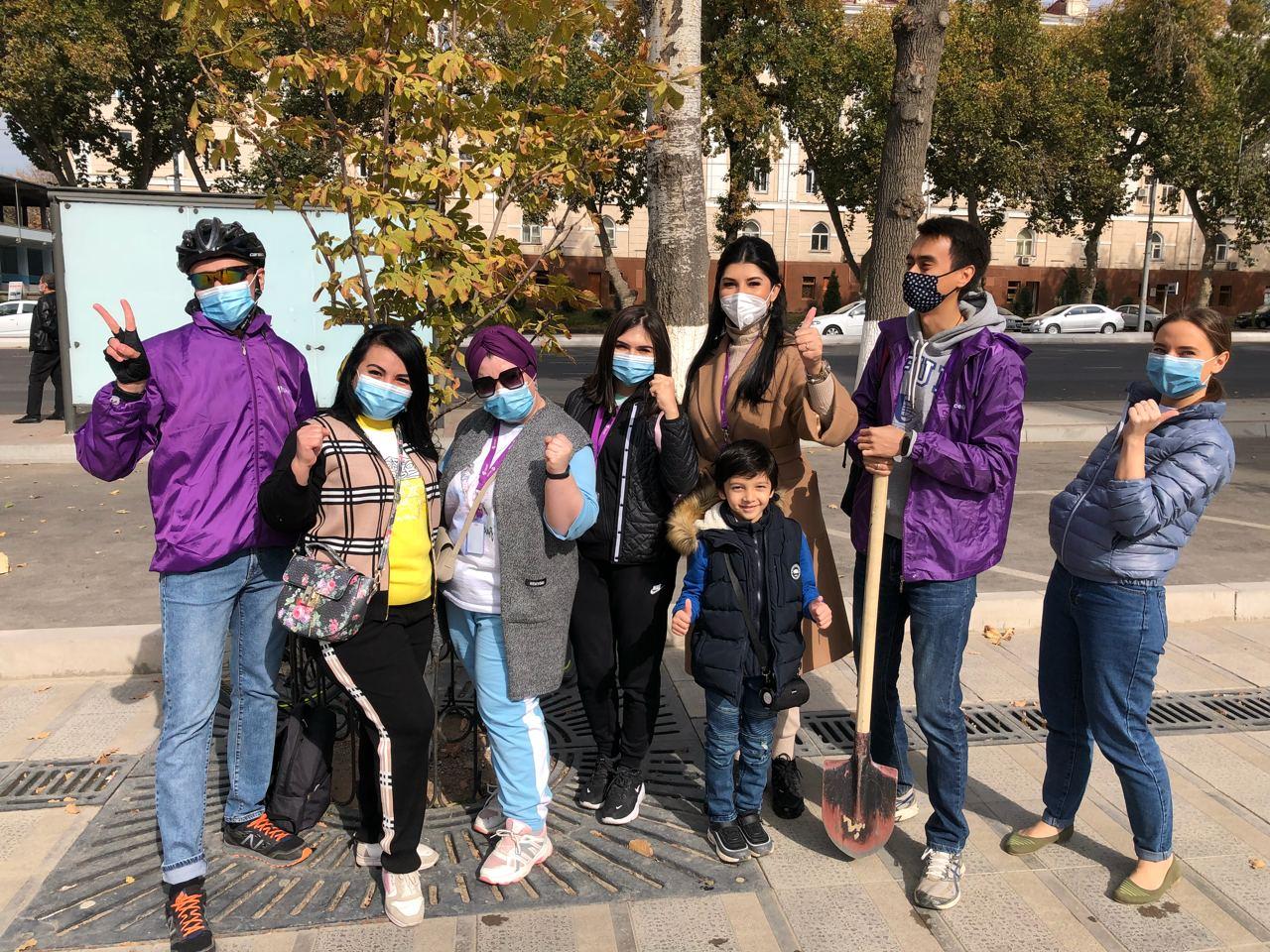