For subscribersNews20140930Results of Annual National Exhibition of Information Technologies ICTExpo-2014

This year Annual National Exhibition of Information Technologies ICTExpo-2014 was held simultaneously in Tashkent, Urgench and Gulistan from the 24th till 26th of September. The closing ceremony of Information Communication technologies Week Infocom 2014 was conducted on September 26 where nominees of ICTExpo-2014 have been awarded. Five years in succession Ucell booth was awarded as "The most visited stand" and this time we have received this Award in three cities - Tashkent, Urgench and Gulistan. This award confirms the trust and choice of millions subscribers.

Thanks to its bright activity Ucell booth definitely have remained in the memory of all visitors and participants of the exhibition! For the first time in Uzbekistan, we demonstrated the Sphero 2 game and virtual reality headset Oculus Rift. Sphero 2 is a small ball managed with iOS and Android device via Bluetooth connection. Inside of the ball there is LED light, gyroscope, compass and accelerometer. There were Sphero 2 balls racing with Ucell prizes for winners. According to the results of our activity in 3 cities the quantity of prizes in total - 15 Skate Aqua, 82 modems and 102 USB drives. 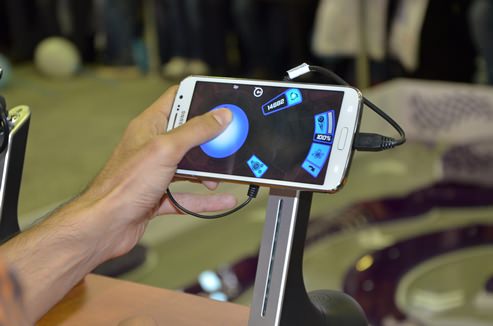 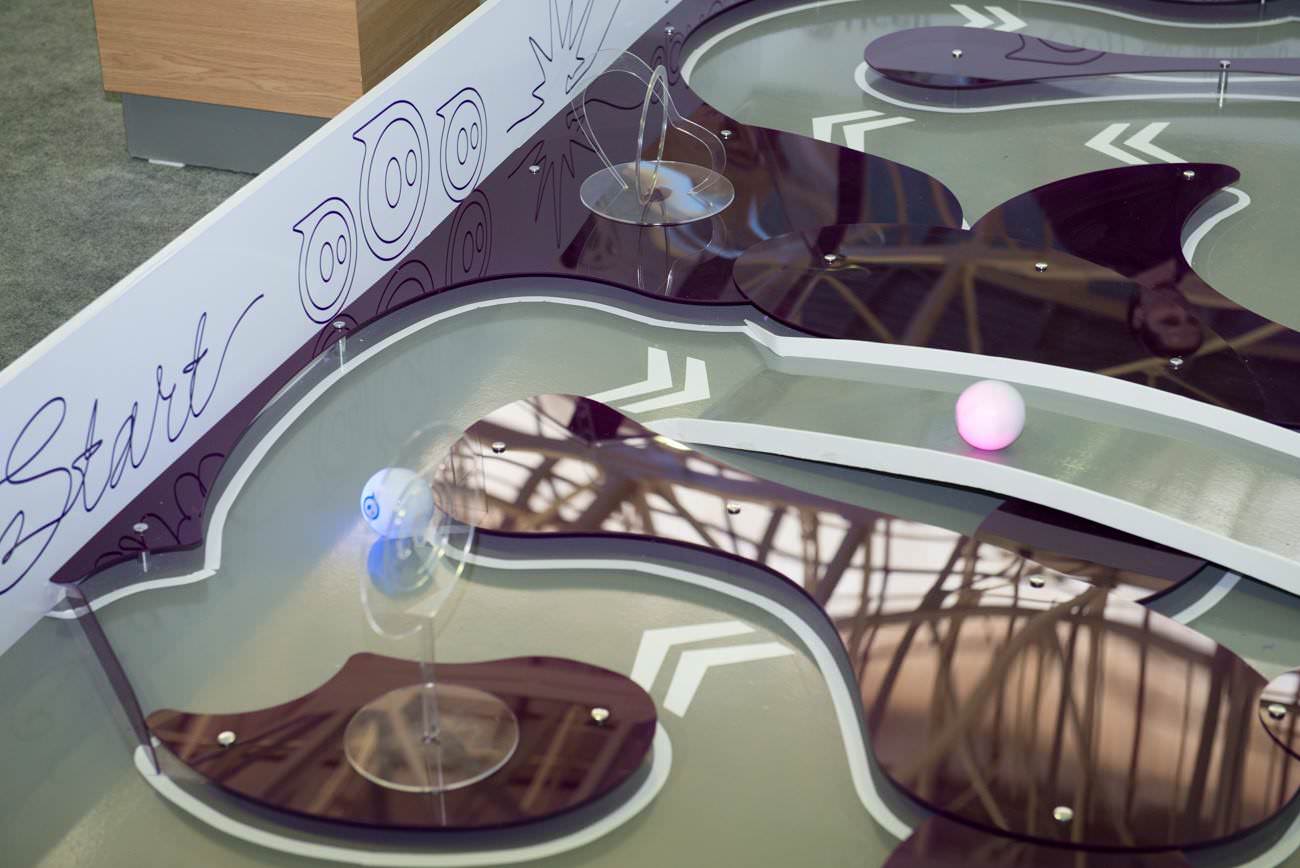 With Oculus Rift headset all visitors of Ucell stand had a chance not only to be in virtual reality, but also to have maximum positive emotions and get kind of adrenalin rush with rollercoaster! 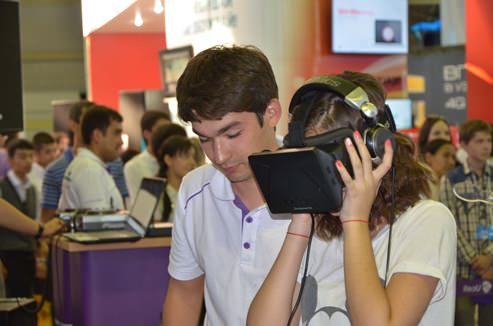 After innovative debut of Sphero 2 and Oculus Rift, the «serious battles» played out at our booth. Visitors actively participated in quizzes, competitions and showed good awareness about Ucell’s tariffs, services and campaigns. The owners of the most correct reply had a chance to choose a prize from legendary lottery drum known to all with Ucell «You are lucky!» campaign. 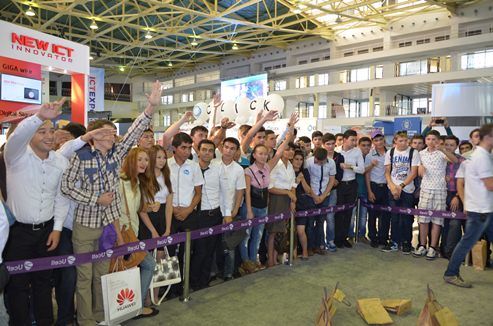 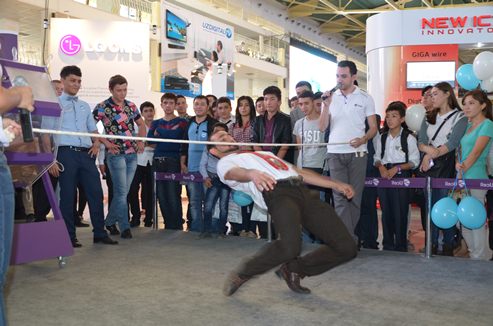 Illusionist Dmitriy Polyakov added a little magic and Ragga Jam the dance group gave a positive mood to everyone. 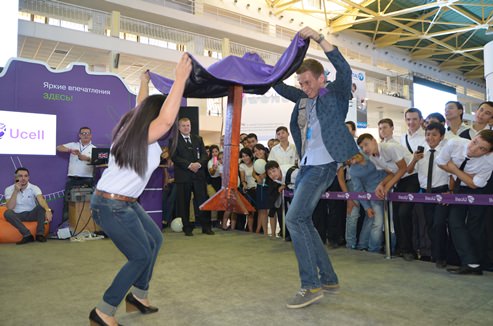 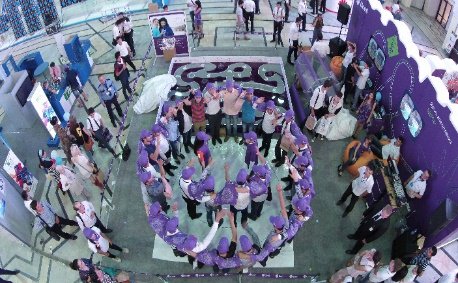 By using dron the best moment of flash mob have been caught showing warm feelings to Ucell from the highest point of exposition. Special place was allocated for selfie with our hashtags #withUcell #atICTEXPO2014 and it also was full of bright impressions. By the end of event, we have selected 50 of the brightest images with participants and placed them in our pages of social network.

Agshin Hajiev, Marketing Department Director commented participation of Ucell in exhibition: Every year we participate in this exhibition to demonstrate new technologies and products of Ucell. In the same time the exhibition gives us an opportunity to communicate interactively with the subscribers and approach closer to their needs and wishes. This year we are awarded as "The most visited stand" at the same time in three cities, it means that consumer interest is growing day by day and trust to our Company is on the highest level".

Additionally within the framework of Annual National Exhibition of Information Technologies – ICTEXPO 2014, Ucell have conducted a conference on "Impossibility is possible when the machines communicate with each other" dedicated to innovative solutions to support the business in the markets of Uzbekistan. During the conference, we considered the opportunities and areas for this technology implementation. 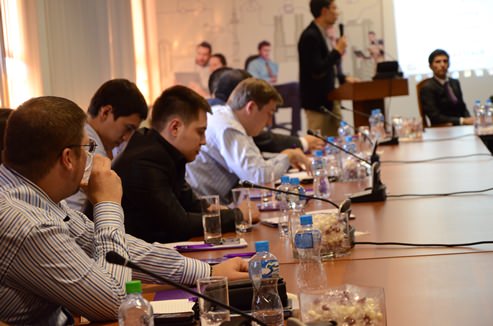 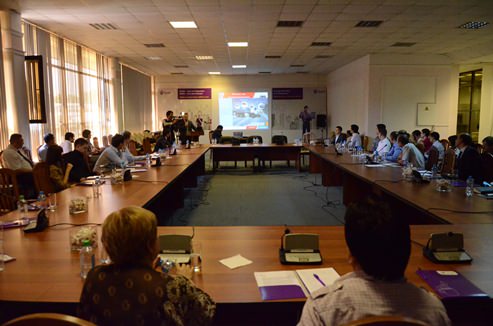 Ucell appreciate each subscriber for his choice and confidence to our brand.