InformationOHSAS 18001:2007 - basis of health security and safety of Ucell staff

“Coscom” LLC (TM UCELL) became the first organization in the telecommunication sector of the Republic of Uzbekistan, implement and certify  successfully the management system of occupational health and safety according to the requirements of OHSAS 18001:2007 international standard affirmed by one of the most competent and leading agencies on certification with the worldwide name SGS (Société Générale de Surveillance), with the headquarter located at Geneva, Switzerland and in the same way confirmed the fact of availability and functioning of competently built system and high degree of the personnel competence participated in its development.
It is necessary to mention that the works on development and implementation of OHSAS 18001:2007 (Occupational Health & Safety Management Systems) in Ucell were performed by own efforts without involvement external consultants.

Present time Ucell has two certified  OHSAS 18001:2007 and ISO 9001:2015 systems which testify the one and only fact of the Company functioning without analogue in the telecommunication market of the Republic of Uzbekistan

Certification audit was conducted in June 2015 and affected not only the production sites of the Head Office located in Tashkent but also Regional Branches situated in all Regions of the Republic of Uzbekistan.

Result of given audit is the fact of availability in Ucell of occupational health and safety management system providing all elements of environment for its employees, for employees of Suppliers associated with Ucell, as well as for the Company visitors and guests according to the applicable legislation requirements and capable to warn on risks of industrial injuries and illness. 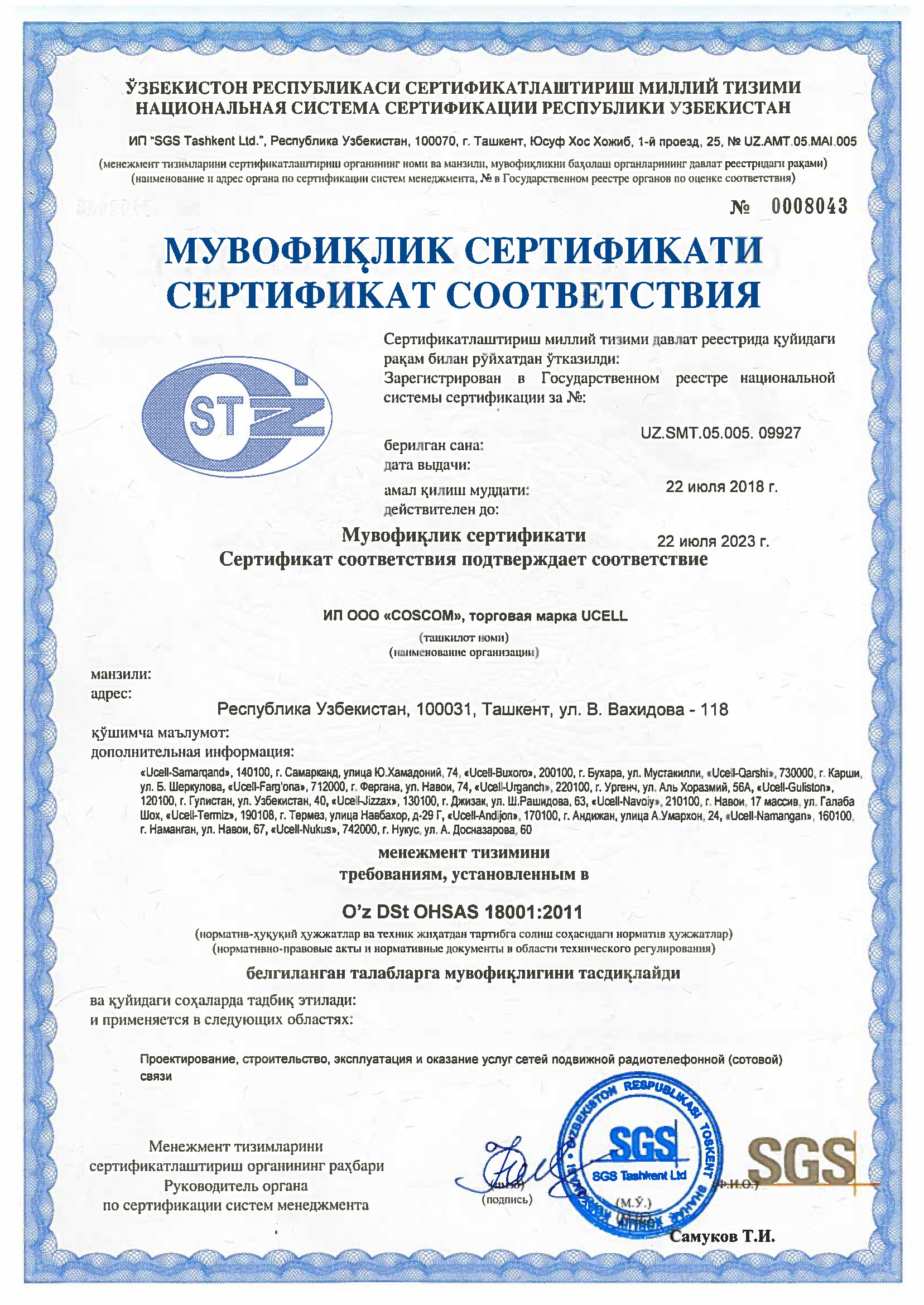